Mrs. Brandstätter suffered a stroke in 2015 and was not able to move her right hand properly. In 2016, she began recoveriX stroke rehabilitation at the recoveriX gym in Schiedlberg (Upper Austria). At that time, she could not work as a hairdresser anymore due to her physical disabilities in her right hand. After about 50 recoveriX sessions, she learned to hold scissors and hair dryers again. This great success helped her to return to her job as a hairdresser again. This article explains the success of the patient and introduces the recoveriX system for stroke therapy.

recoveriX is a new brain-computer interface system to treat stroke patients. How does it work?

Christoph Guger: recoveriX measures brain waves with the Electroencephalogram (EEG) o and instructs a patient to imagine left or right hand movement. Then, the brain-computer interface (BCI) is able to detect if the motor cortex of the corresponding hand is activated and triggers a stimulator that moves the hand. Additionally, this activates the sensorimotor cortex, which leads again to more activation in the brain. At the same time, recoveriX shows the movement of an avatar hand (Virtual Reality) in a first-person view, which gives the impression to move his/her own hand (Mirror Therapy).

This activates mirror neurons that are responsible for copying behavior. Mirror neurons are also linked to the sensorimotor cortex, which leads to even more activation in the brain. Patients are always excited when their paralyzed hands start to move as soon as they are thinking of the movement, especially if this happens many months after the stroke.

Recently, you used the recoveriX system with a 38 year-old patient who had a stroke 14 months earlier. Can you tell us more about this case?

Christoph Guger: 14 months after her stroke, the patient came to our recoveriX gym in Schiedlberg. Before we start recoveriX therapy, we assess the patient’s motor functions (Fugl-Meyer Score, 9-hole Peg Test), tremor (Fahn Tremor Scale) and spasticity (Modified Ashworth Scale). In total, we perform about 20 different tests in 3 hours to learn about motor and cognitive functions of a patient. 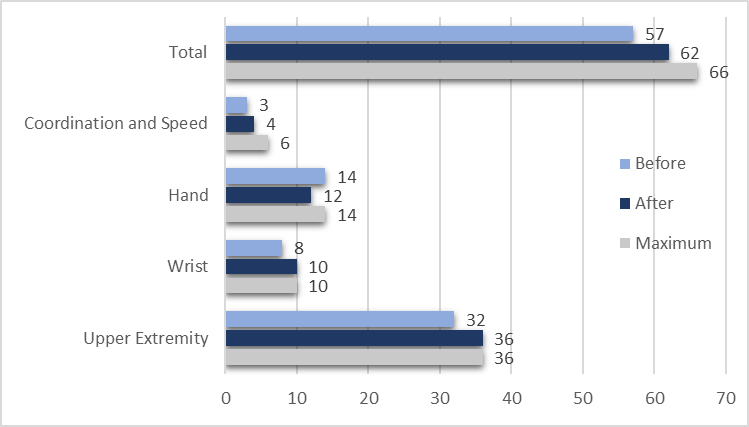 This particular patient performed very well in daily activities, but she could not work as a hairdresser anymore because the stroke had impaired her right hand too much. After the initial assessment, we started recoveriX therapy, and the patient had 31 recoveriX sessions in total. One session lasts about 40 minutes, and the patient has to imagine 200 left and right hand movements for a few seconds each. In total, she imaged 6200 left and right hand movements over about 20 hours.

Christoph Guger: After each recoveriX session, we repeated the assessments of motor functions, tremor and spasticity. We soon realized that her spasticity decreased in the right hand. Improvements in motor functions can be seen with the help of 9-Hole Peg Test: The patient has to place 9 pegs into specific holes with the right and with the left hand. Our therapists measure speed of both hands in order to compare disabled hand with healthy hand. Before recoveriX therapy, the patient needed 07:26 minutes to complete the test with the affected right hand. After the recoveriX therapy, she needed only 01:14 minutes, which is an improvement of 603 %. Consider that this improvement occurred after only 20 hours of recoveriX training. If somebody hits the gym, they usually need a lot more than 20 hours of training to see such a dramatic improvement in a motor skill.

Christoph Guger: In her case it was very interesting that recoveriX therapy caused a very rapid improvement in the 5th recoveriX session. As mentioned before, she initially needed 07:26 minutes for the 9-hole Peg Test. After the 3rd session, she needed 3:21 minutes, and after the 5th session she needed 1:34 minutes. This acceleration shows that the real-time pairing of multimodal feedback with motor behavior by recoveriX is very effective and important. 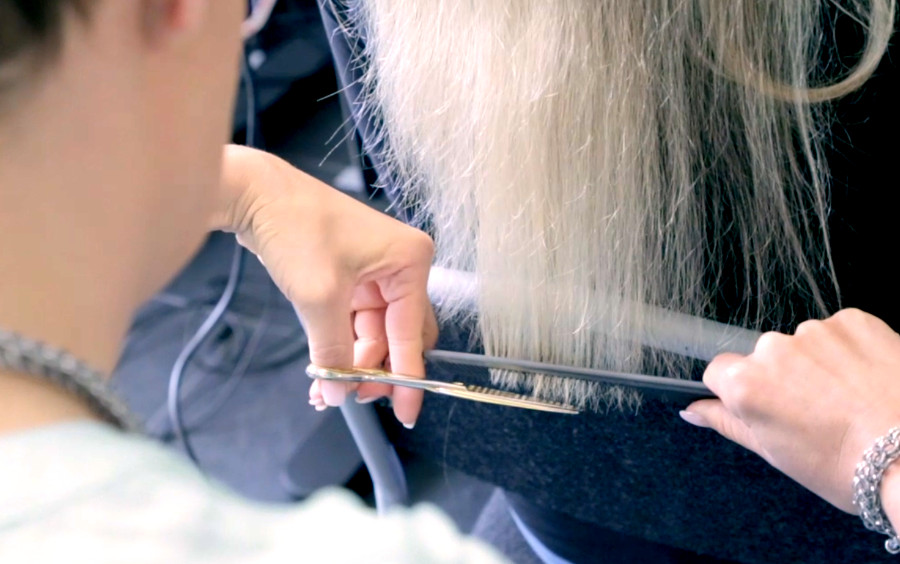 What does this improvement mean for the patient today?

Christoph Guger: The 9-hole Peg Test shows considerable improvement, but it is of course just a simple test. The patient’s freedom to perform daily activities is much more important. In her case, the improvement means that she is able to work as a hairdresser again. She can use the right hand again to cut and comb and hold other tools with her right hand. We always include the healthy hand during recoveriX therapy in order to activate both hemispheres. This improves motor coordination between hands, which is essential for a hairdresser.

The recoveriX system also shows the classification accuracy. What does this mean?

Christoph Guger: “The training accuracy is a figure that shows how well the BCI system can separate brain waves from left hand movement imaginations from right hand movement imaginations. It ranges between 0 % and 100 %. If the patient reaches 100 %, then he or she is participating and performing the task correctly. It also means that the patient trains with 100 % intensity. If the accuracy is only 50 %, then the patient is not participating intensely, or the patient cannot perform the motor imagery tasks correctly. This information can be used by the therapist to coach and motivate the patient. But usually, patients are eager to reach 100 % all the time. There is even a competition going on in the recoveriX gym to be the best performing user .”

How was the accuracy for this patient?

Christoph Guger: She started with an accuracy of about 65 %, which already showed that she is able to do the task. Then, accuracy generally increased, and sometimes even reached 100 % accuracy. This was a strong motivation for the patient as well as for the therapist, because it confirms that the patient is motivated and that everything is working. Of course, the accuracy is not always 100 %. This is also like training at the gym; you cannot always train at maximum intensity.

What do you interpret in the brain waves during the training? Is it difficult to record the EEG of these patients?

Christoph Guger: We are recording the EEG with electrodes positioned on the head of the patient and over the motor cortex to measure motor movement imagination for recoveriX training. The electrodes are mounted with a cap and then we fill each electrode with conductive gel to record brain activity. Mounting an EEG cap on patients’ heads takes about 2 minutes, and can be learned easily. Our BCI neurotechnology is very sophisticated to extract the necessary information from the brain waves. In the brain waves, we can see if the left or the right motor cortex is responsible for hand movement and if it is activated correctly.During recoveriX therapy with the hairdresser, we did not see much activation in the first sessions, but the brain learned pretty quickly to activate the corresponding centers again. As mentioned before, we are treating left and right hands, and therefore both hemispheres get activated. Brain plasticity increases, which is very motivating for patients because they realize how their brain learns again to do the task correctly.This year, we have already performed 1800 recoveriX therapies. We always get high-quality EEG data, which is very important for a successful treatment.

Usually, patients are told that that after 1 year post stroke, improvement of motor functions is low. Why is this different with recoveriX?

Christoph Guger: We have shown many times that improvements are possible even if patients are in a chronic state. recoveriX is merging three therapy approaches in one system: (i) stimulation of muscles, (ii) motor imagination and (iii) virtual avatar therapy. Additionally, the system pairs cognitive activity in real-time with motor movements, and patients really like when if their hands begin moving again. Moreover, we ask each patient to perform the movements about 6000 times across numerous therapy sessions, so that the brain has time to re-learn how to control movement.

Do you also see negative effects?

Christoph Guger: No, not at all. recoveriX therapy does not require medication, surgery, implanted devices, or any painful procedures. We are experts in measuring brain waves through caps placed on the head. Just like a baseball cap, people don’t have to puncture the skin or anything to wear one of our caps. We are stimulating the muscles with a system placed on the skin. This is completely harmless and does not have side effects.Patients report that they get really tired after the treatment, but this also shows that something is happening – this is always a good sign. They often sleep very well after recoveriX sessions. Interestingly enough, many patients report improved leg functions, improved cognitive and memory functions and many other positive side effects. Family members also report improvements like better concentration abilities.We use different tests for systematically monitoring these effects. For example, the Fugl-Meyer Score also measures the ability to eat or perform daily activities independently. But, our main focus is on improving motor function, and we have a lot of test results that show that recoveriX works for this goal.